Live Tropical Fish – The Day is too Short to Be Selfish 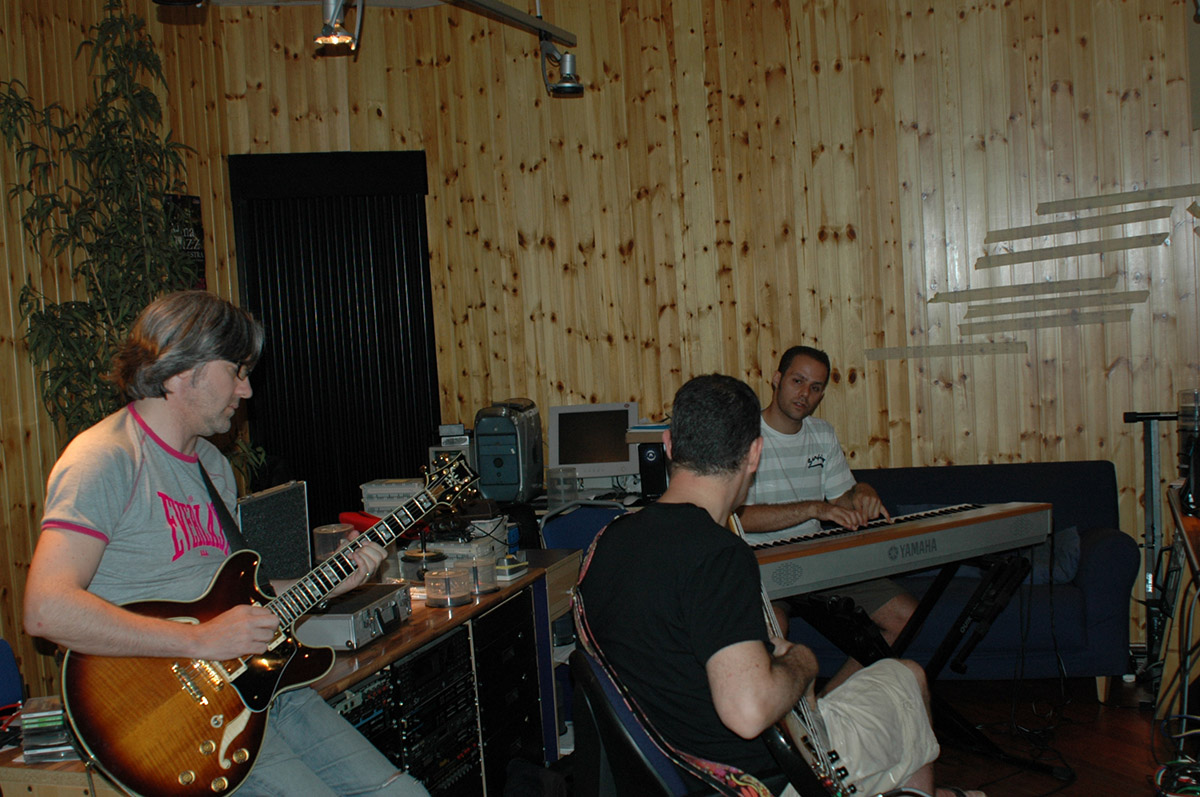 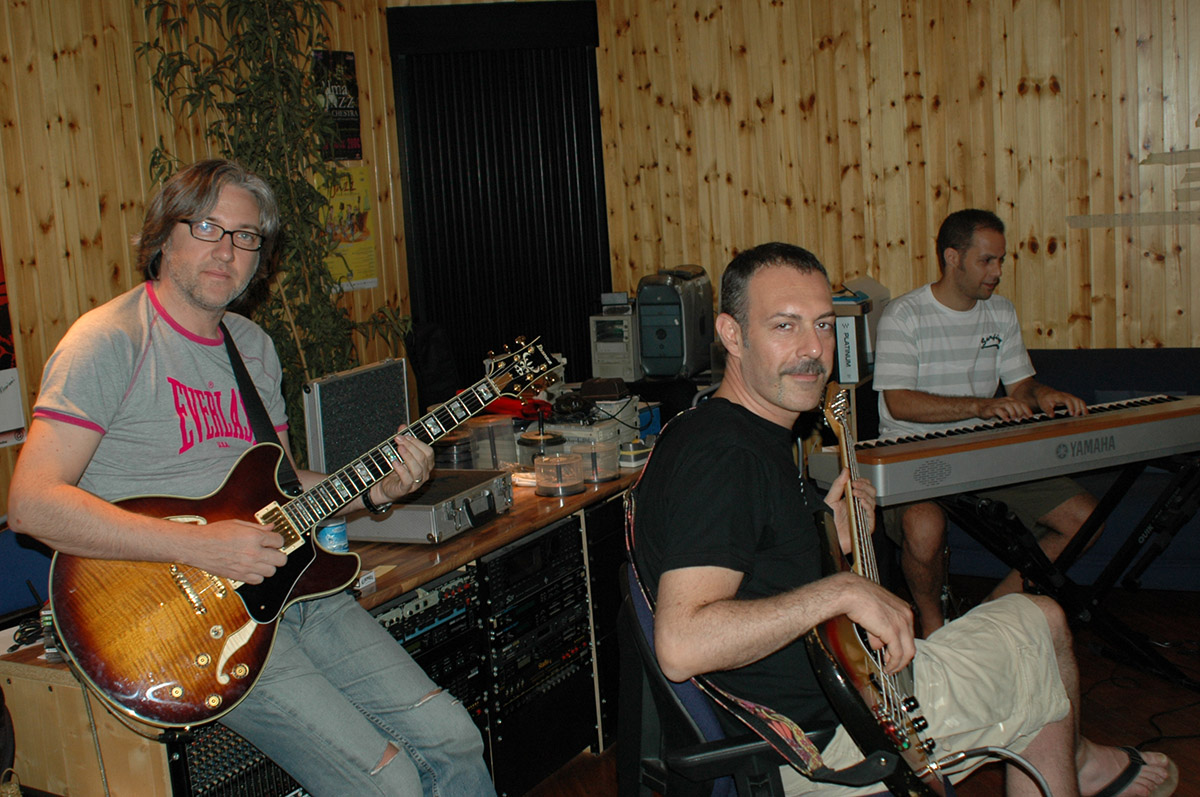 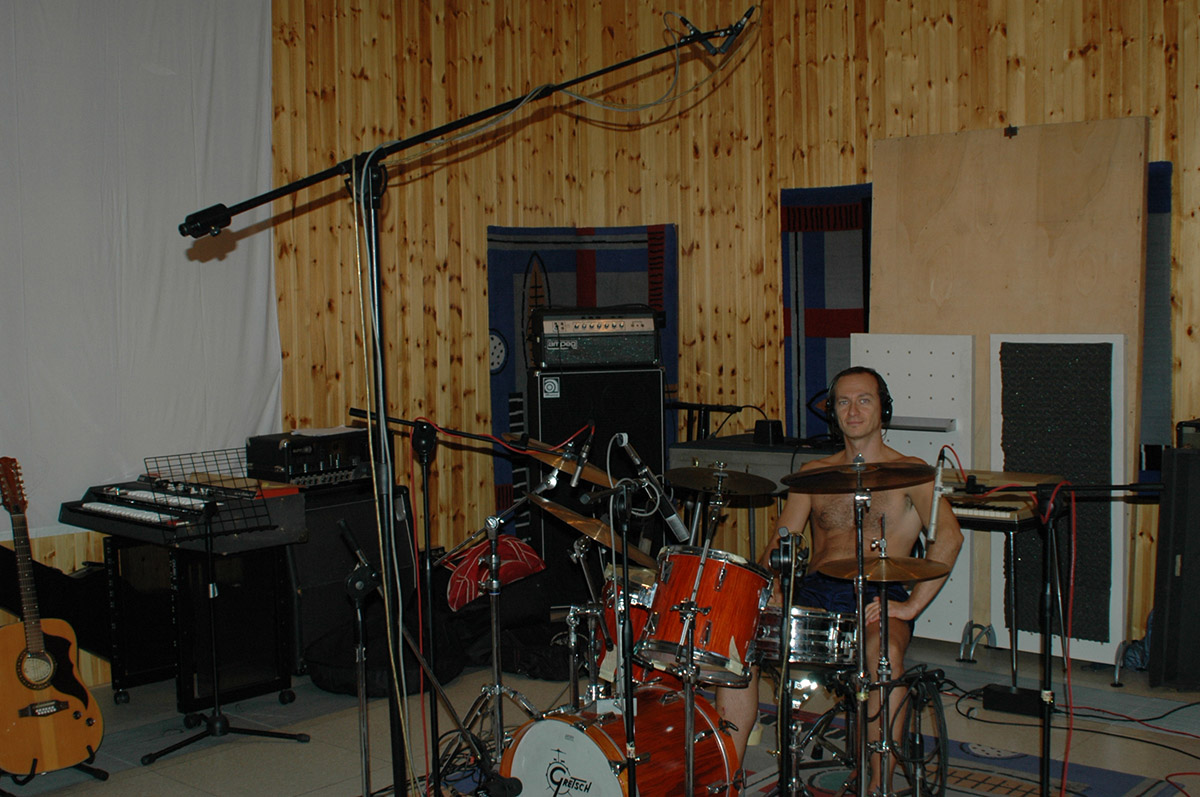 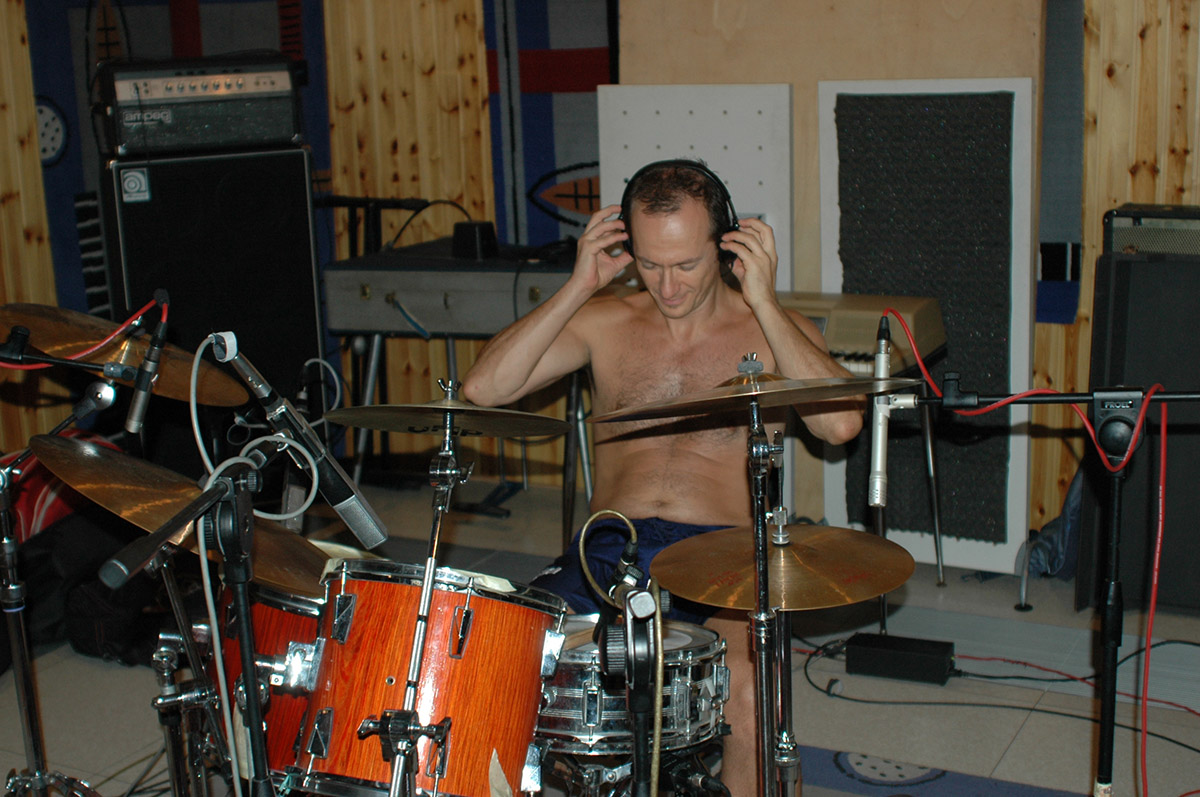 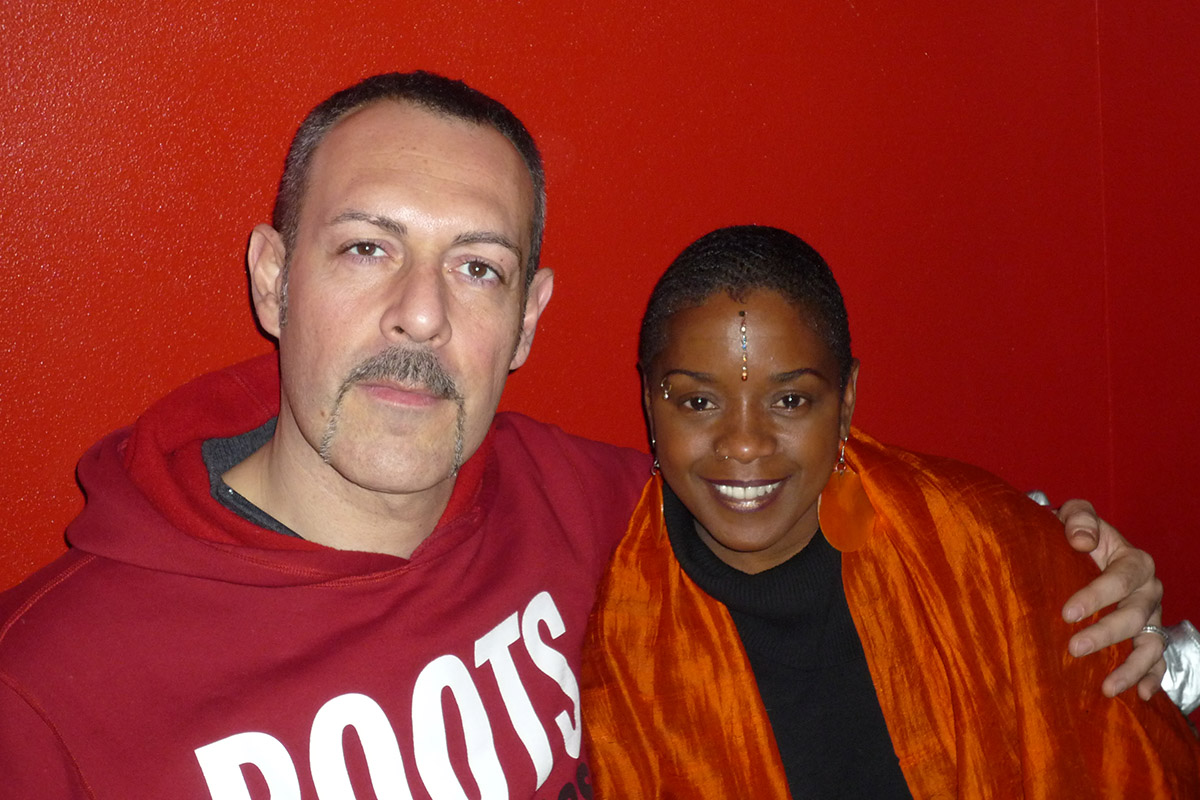 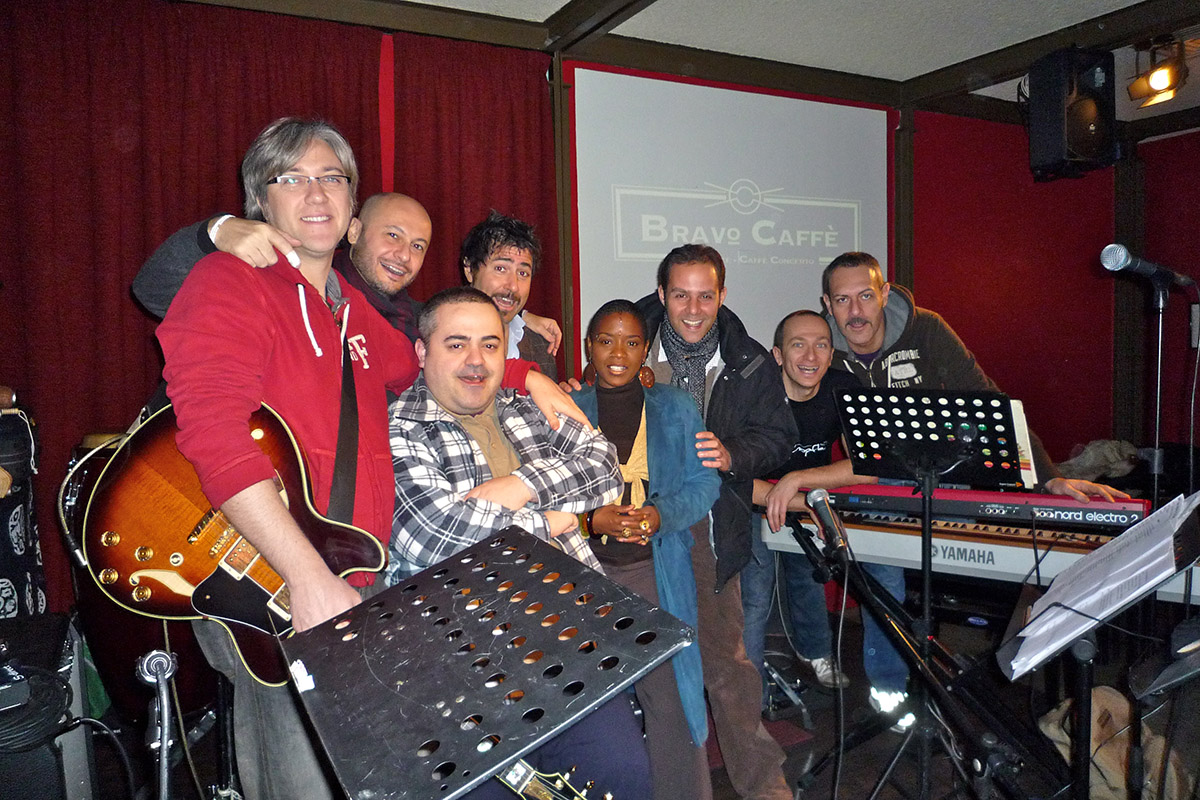 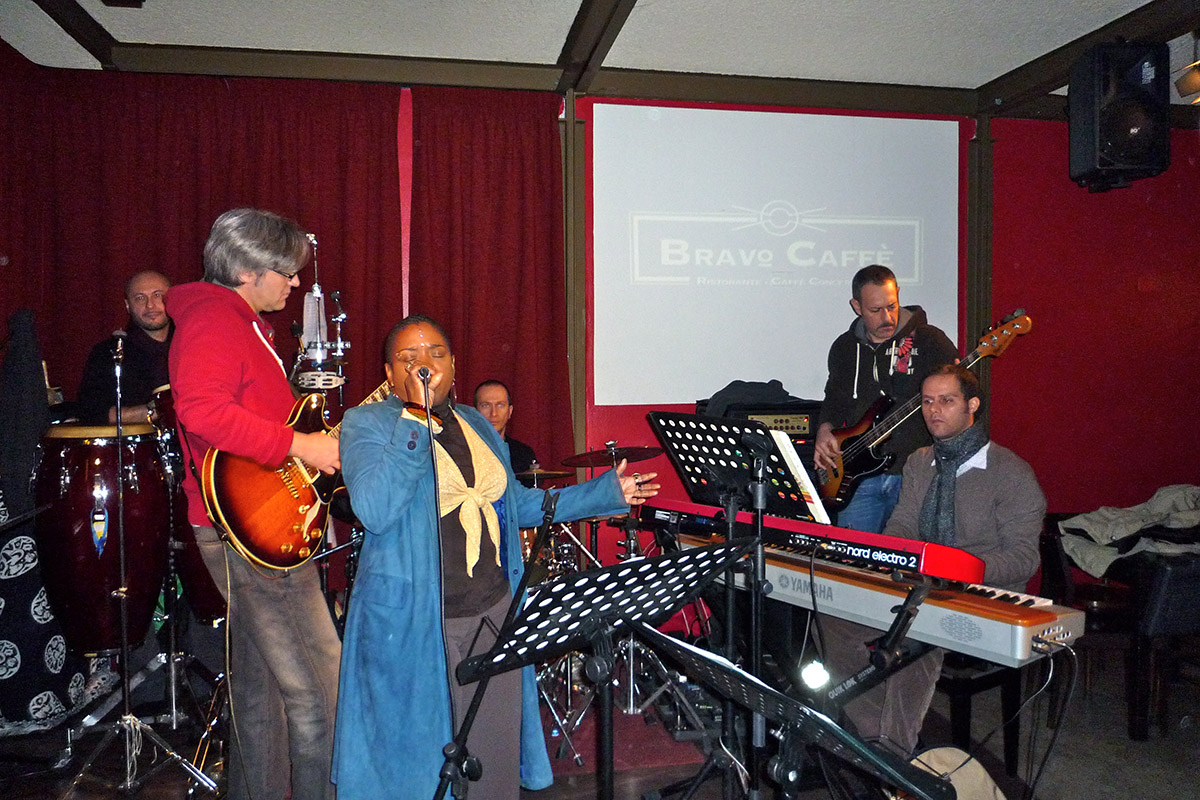 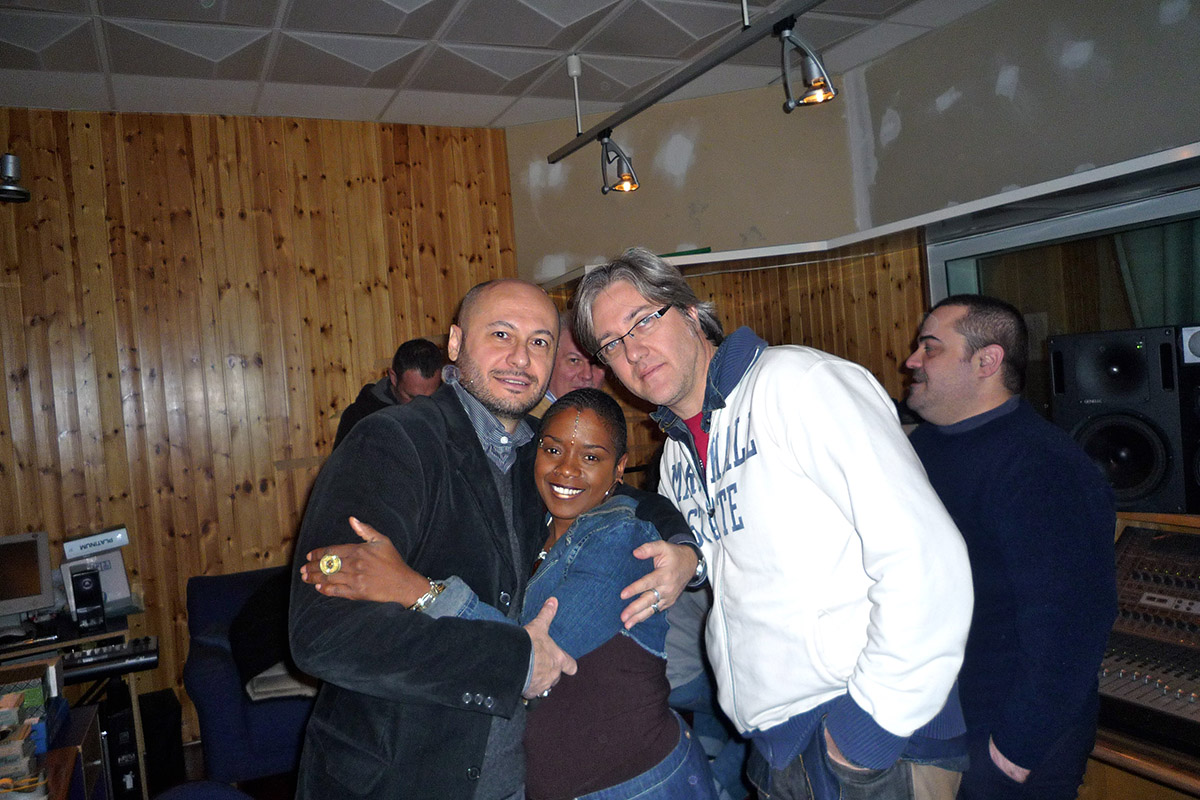 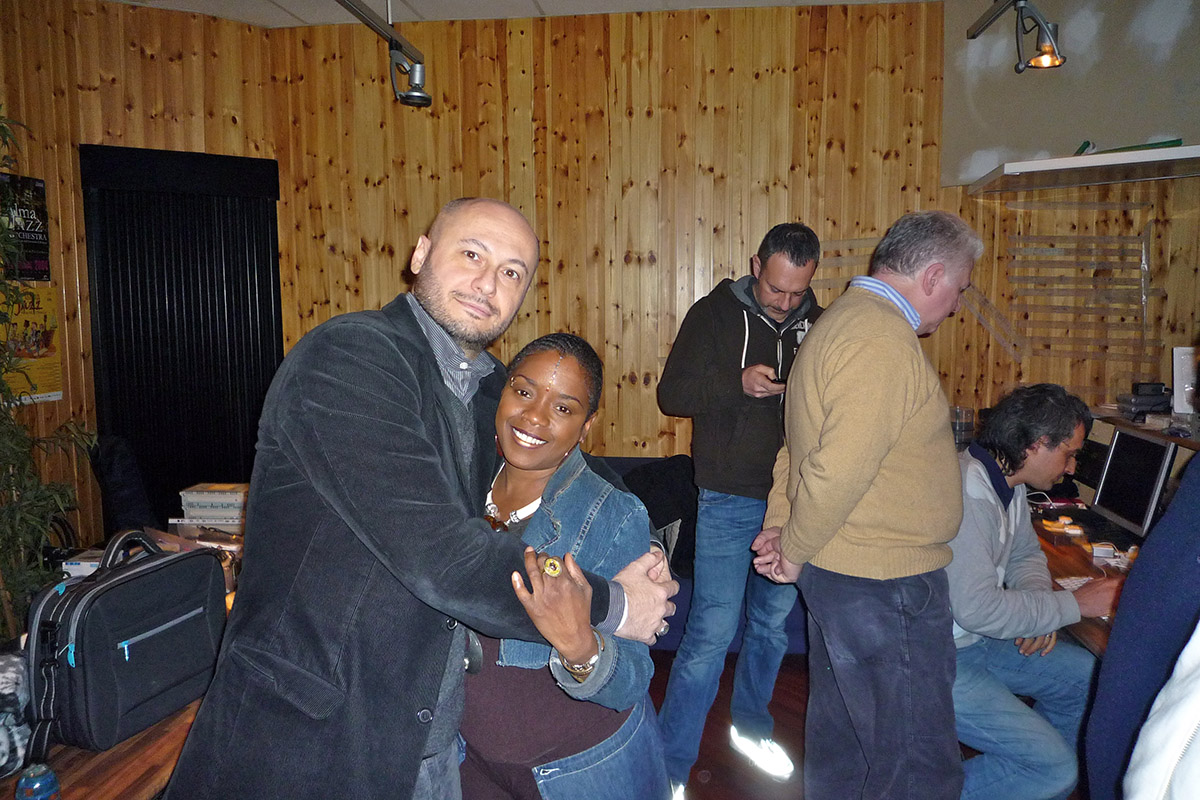 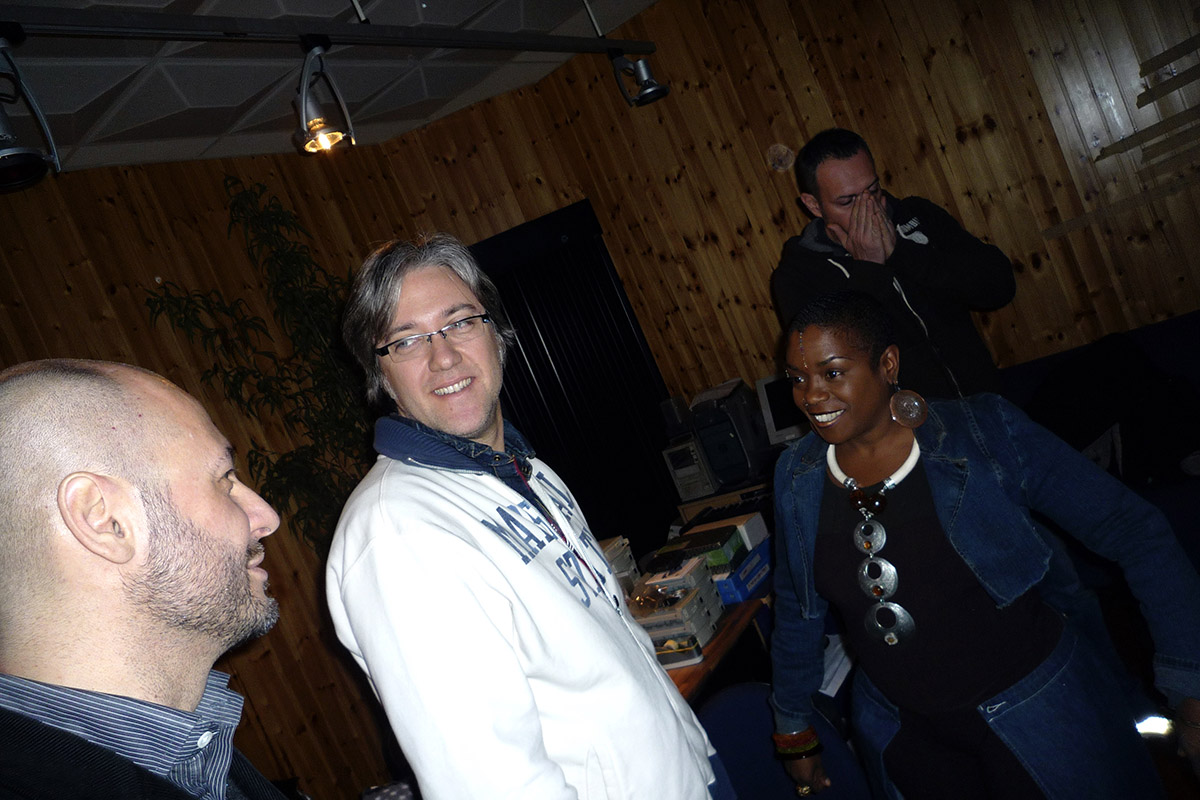 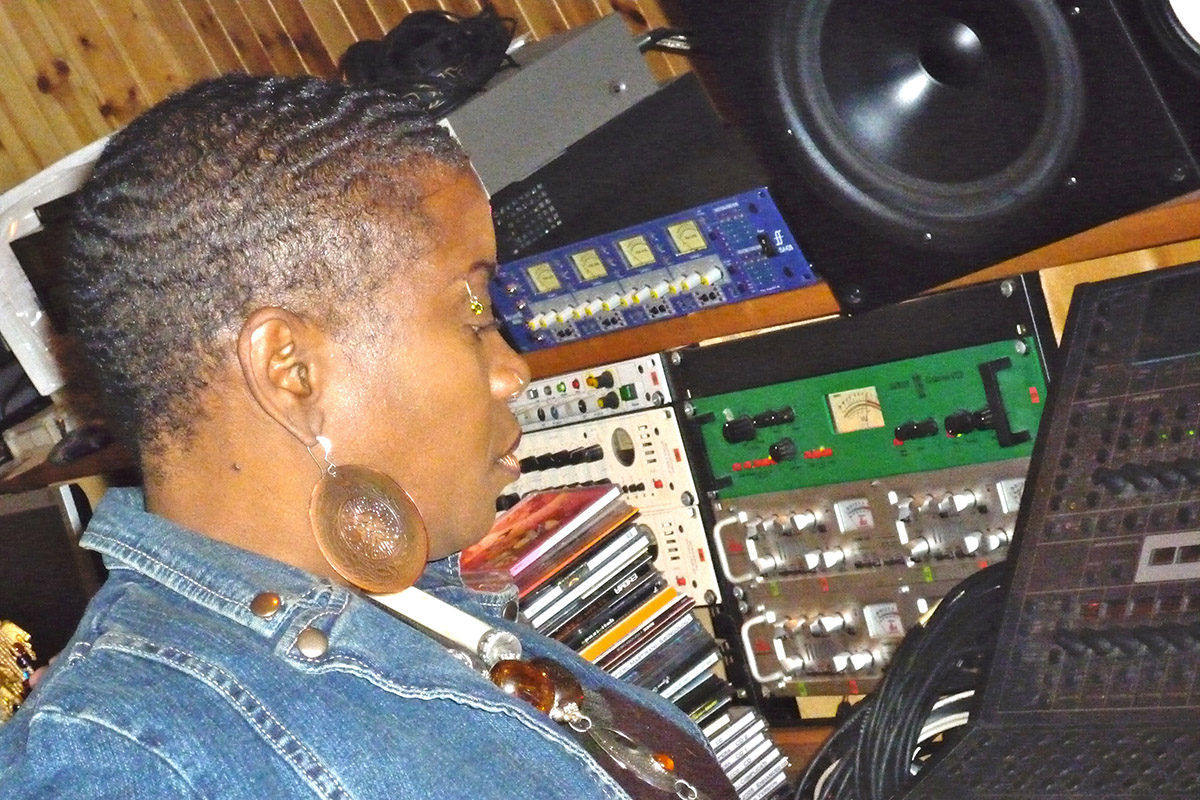 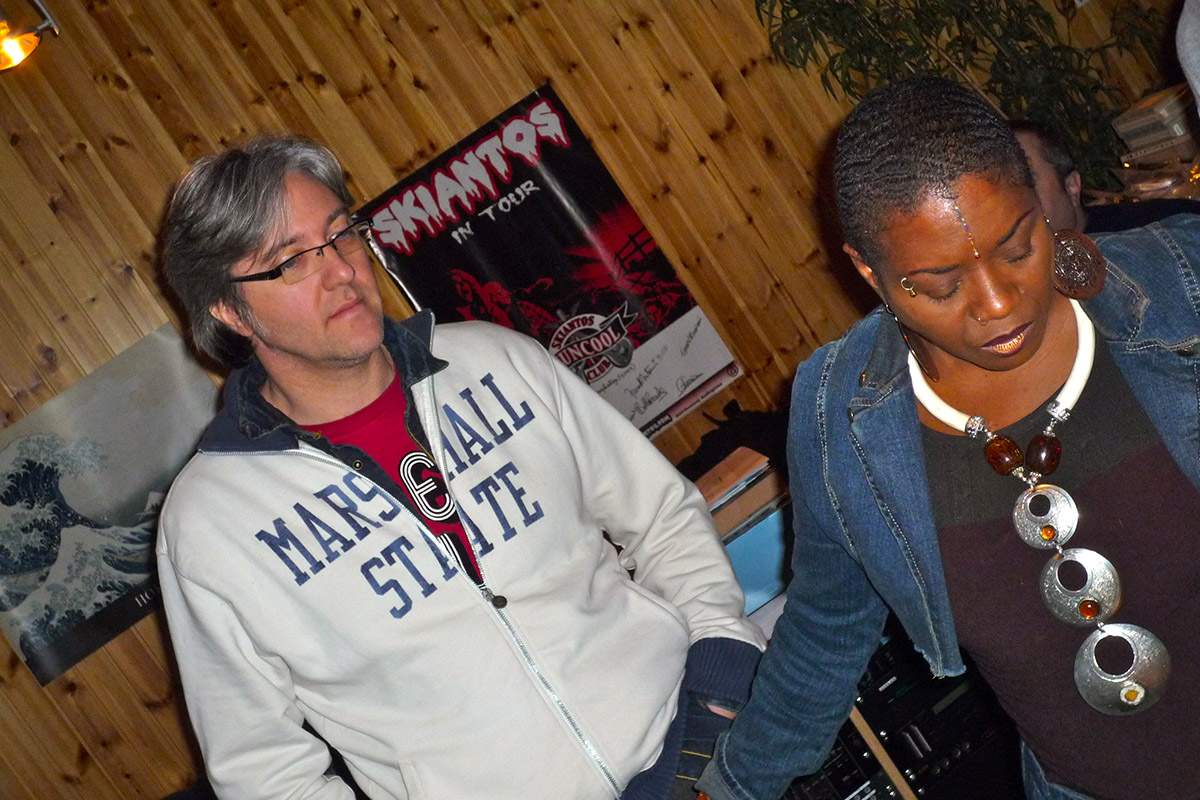 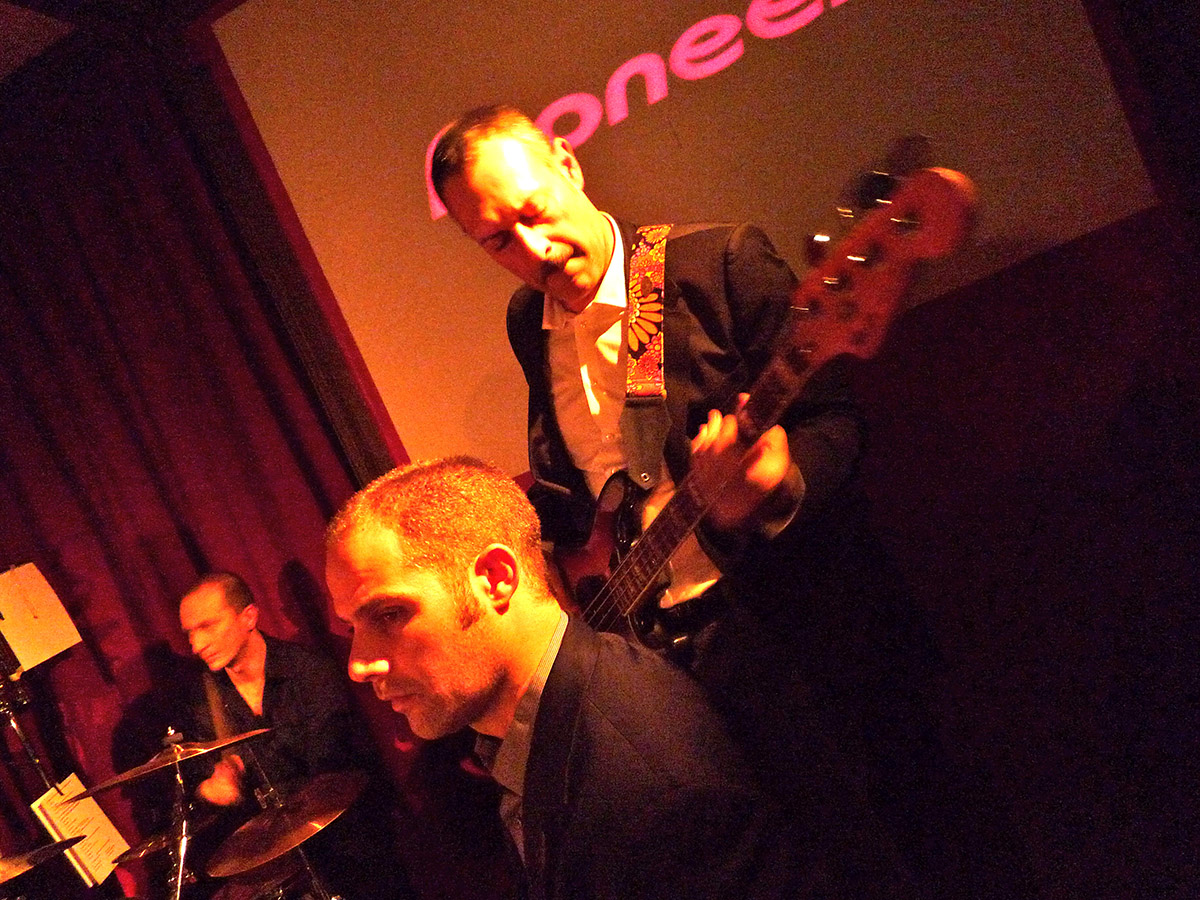 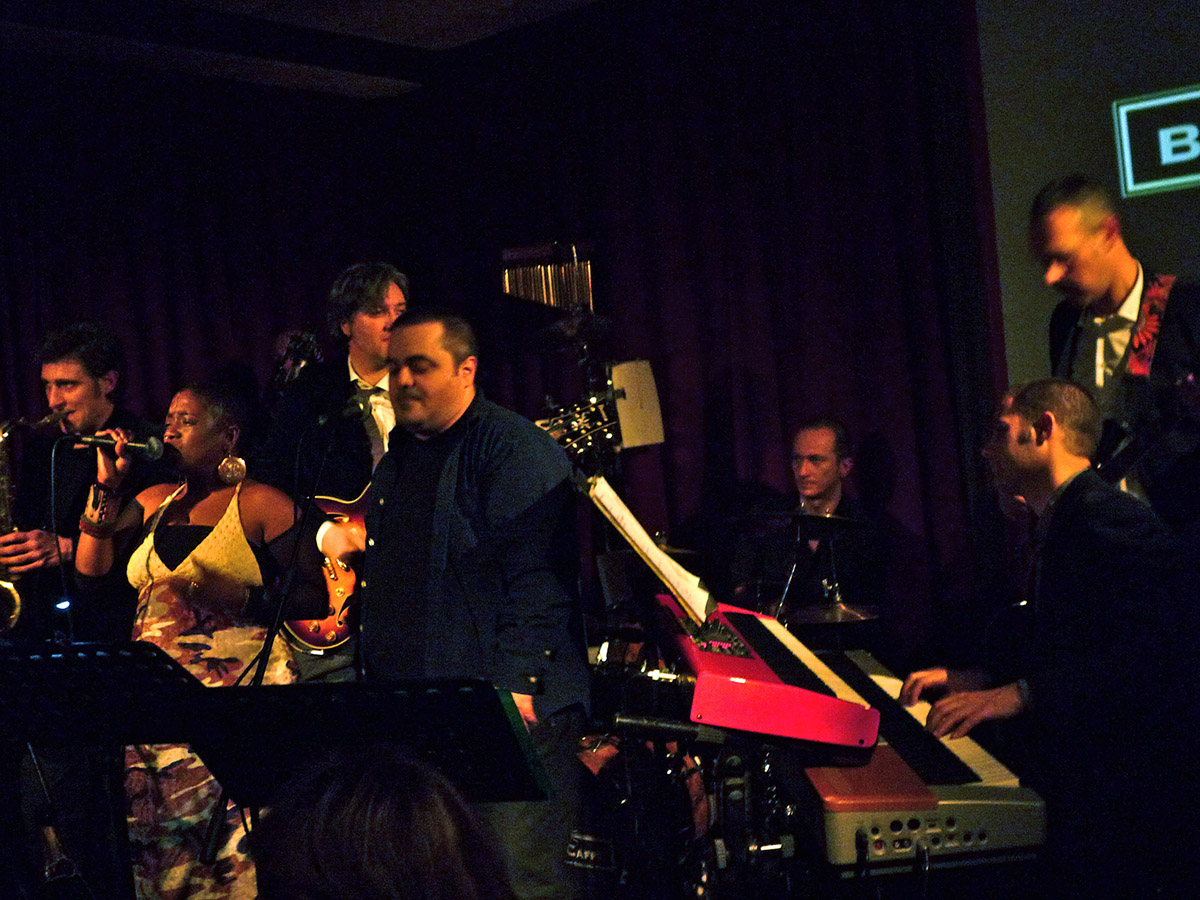 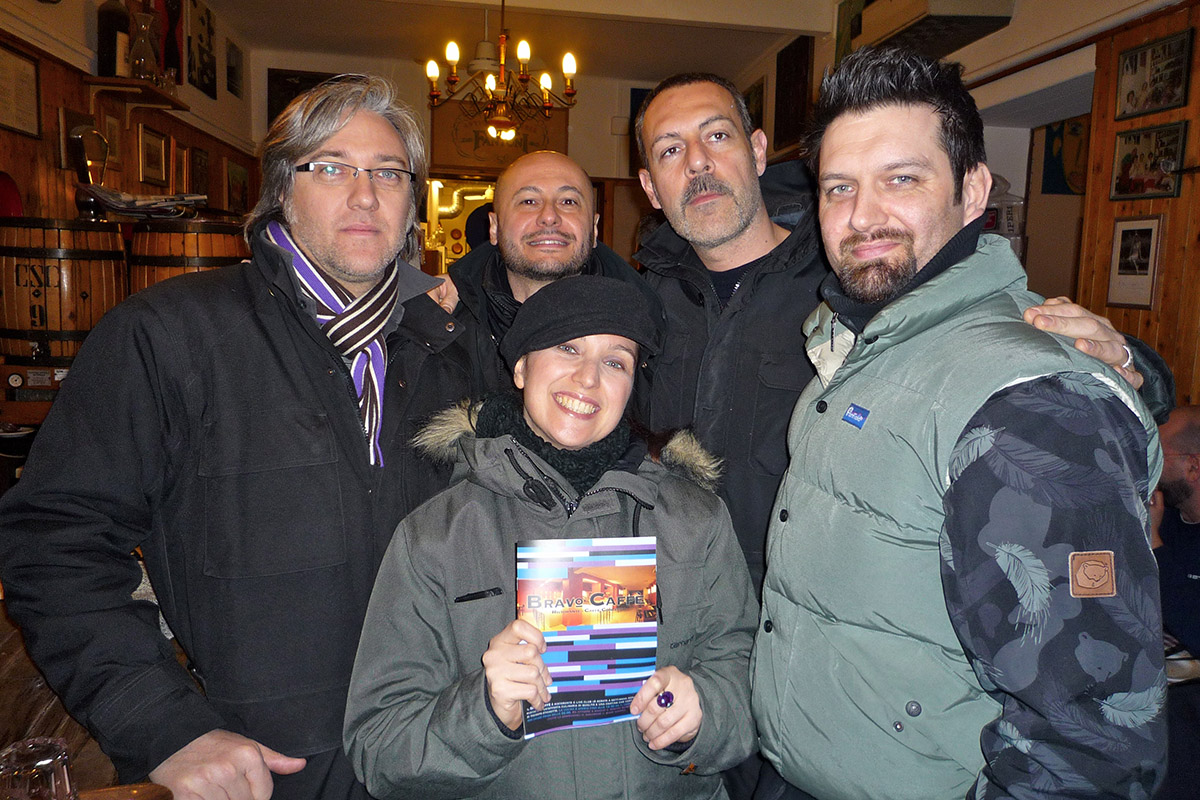 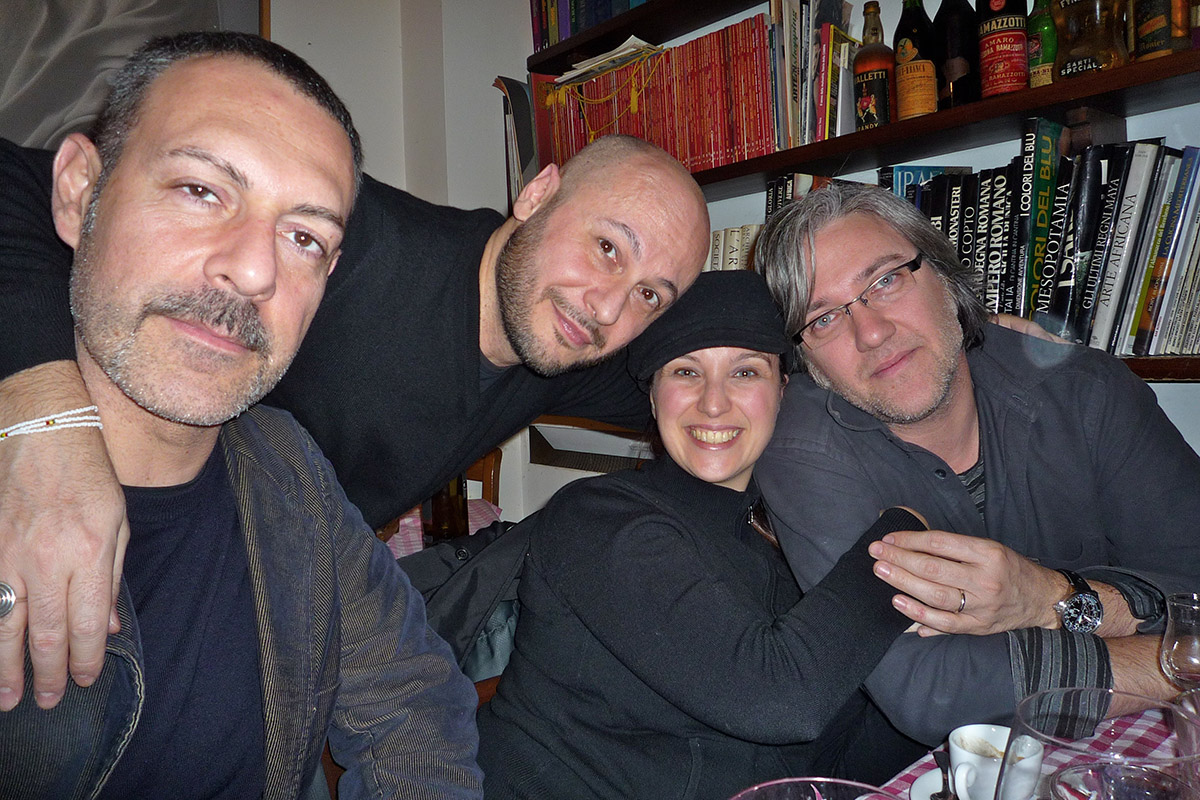 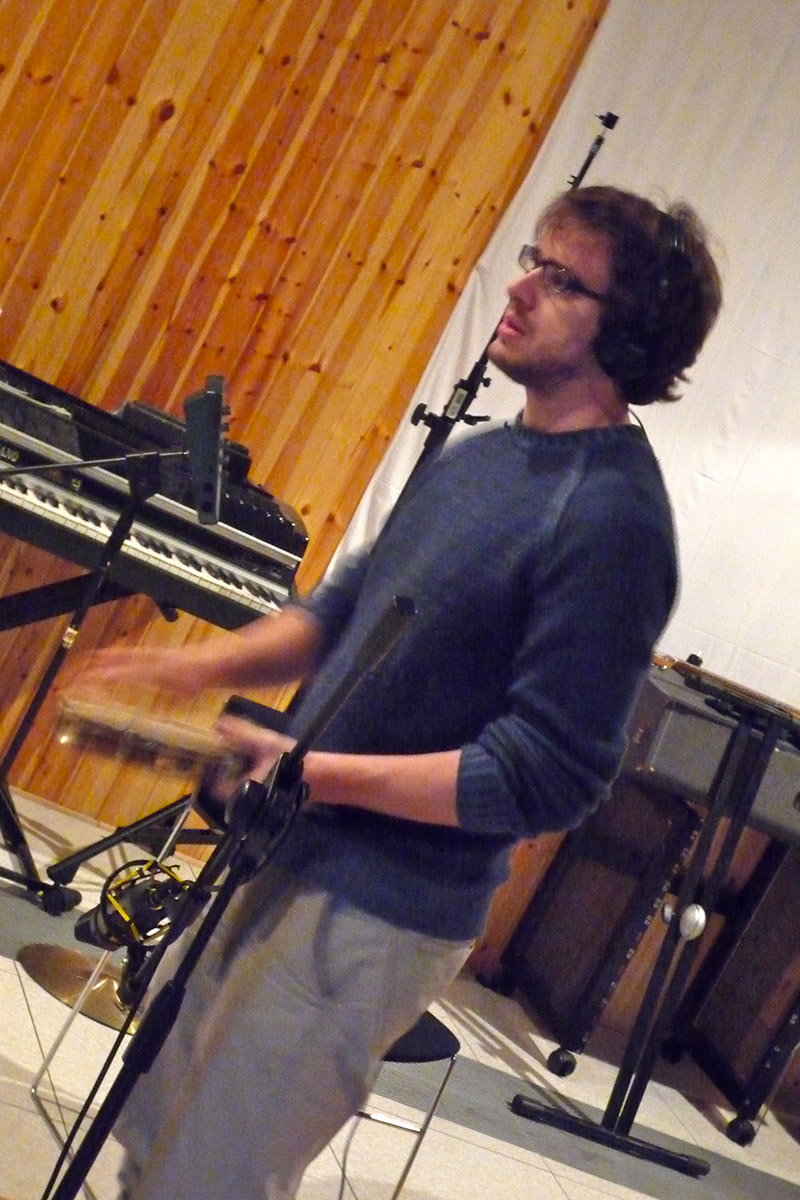 Live Tropical Fish were formed in Bologna (Italy) in 1992 when the so-called ‘Acid Jazz’ was at the peak of it’s popularity. Their first album, “Shape Your Life”, released through Irma Records/Sony in 1997 saw them working together with Jay Rodriguez, saxophonist and leader of The Groove Collective (NYC-USA), and their songs have appeared on numerous international compilations. The band has many years experience of playing live both in Italy and abroad. They have opened for concerts by Earth, Wind and Fire in 1998 in Switzerland, for Chuck Berry and Willy DeVille at the Pistoia Blues festival in 2005, and they have performed at the Blue Note Club in Milan in the same year. The live show brings the band and their audience together and the hypnotic beats of some tracks and the soul of others are based on compositions from the new album “The Day Is Too Short To Be Selfish”. The album contains an explosive mix of soul, r&b, funk, jazz, latin and afrobeat. The new album by Live Tropical Fish is very much an international project and it has, as guest performers, some of the most important names from the world of contemporary soul: – Omar LyeFook (London, UK). One of the greatest soul singers of his generation. He worked with Stevie Wonder, Erykah Badu, Angie Stone, Leon Ware and Carleen Anderson. – Deborah Jordan (London, UK). Leading voice in Robert Mitchell Panacea project, Silhouette Brown, Emanative. She has recently been involved in her own album ‘The Light’ and the Sun Circle project. – Laurnea (Los Angeles, USA). An artist with five albums of her own and a period with the Bobby McFerrin Ensemble and Arrested Development. – Alison Crockett (New York City, USA). Alison has worked with Roy Ayers, King Britt, Greg Osby and US3 (she is the lead vocalist on the album “An Ordinary Day in an Unusual Place” from 2001). – Nick Rolfe (New York City, USA). An extremely respected singer and musician who has worked with James Moody, Roy Hargrove, Angela Johnson and Lizz Wright. – Maya Azucena (New York City, USA). A singer with one of the most beautiful voices of the last generation who has worked with Stephen Marley and Bob Sinclair. – April Hill (New York City, USA). A very promising young singer and part of the nu soul scene in America, her first album was produced by Marlon Saunders. The new Live Tropical Fish live show brings nine artists onto the stage including the core members Fabrizio “Doc Bix” Poli (Percussion), Antonio “Lurpak” Fernè (Bass) and Salvo “Sal” Pignanelli (Guitar). All of the special guests are available to take to the stage with the band for their new tour.

You may not be familiar with the names Fabrizio “Doc Bix” Poli, Antonio “Lurpak” Fern, Salvo Pignanelli, Adriano Pancaldi, Mirco Zagnoli and Pino De Fazio, but together they make up the band Live Tropical Fish.  Back in 1991, a young Fabrizio Poli met Antonio Ferne in university, and together they founded Live Tropical Fish. Their debut album Shape Your Life was released on IRMA records in 1997 to lots of interest in Europe, and on the back of this the band toured Europe , amassing a loyal fanbase.  Their success reached its pinnacle in 1998 when they were chosen to be the opening act for Earth Wind and Fire in Switzerland. That very night the group decided to take a step back, rest and refocus.  That break lasted two years, during which time the pair asked Salvo Pignanelli join the band.  Their music continued to be heard throughout this period, with many tracks being remixed or put onto any decent collection of acid jazz, funk or bossa nova compilations.  Refreshed and raring to go, Live Tropical Fish decided to take things to the next level by adding new members to really magnify their sound.  With their good looks, talent, and loyal fan base, the only thing missing was new music, so they started working on their new album.  The Day Is Too Short To Be Selfishis the end result, and includes Adriano Pancaldi, Pino De Fazio and a return of Mirco Zagnoli welcome guest vocals by Alison Crockett, Deborah Jordan, Laurnea, Omar, Maya Azucena, Nick Rolfe and April Hill.

The musical experience on this album sets it apart from so much of the ready-made music being produced in any category out there today — much of which appears to be simply copying whatever the industry has decided is in vogue.  This album is fresh and exciting, and a treat for fans of live instruments.

By the end of the first song, “Peace of Mind,” I knew this review would be nothing but a joy.  I heard jazz, afro beat, intricate vocal harmonies, all in varying paces and topped off with the delicate vocals of Deborah Jordan, soaring high like the lyrics command.  Her soft vocals wrap the listener in “Believe,” affirming that she can believe in love and being able to let go as she trusts in love and her lover.  Laurnea’s vocals maybe be sweet and tender, but when she has to ride along big sounds in “I’m Tired” it doesn’t falter.  The instruments and rhythm are like the waves crashing against the shore, one moment strong and ferocious, the next retreating and gentle.  By contrast, on “Breathe Again” the same tender vocals are intoxicatingly hot and sticky like a summer night. The listener fights to breathe again from the suffocation of the memories of how love used to be.  Almost as reprieve is Nick Rolfe’s energizing “Speak Easy And Listen”, where he asks that we see him for who he is not who we think he should be. We are asked to move beyond racial and gender stereotypes, in this uplifting, conscious, half spoken half sung track.  Omar’s “Rubber Soul” does not disappoint, and his instantly recognisable vocals are perfect for this song. From the tight first of the half of the track about life and fighting, we are treated to a more relaxed second half of the track.

The song that really turned up the heat for me however was “Complete Me,” featuring Alison Crockett.  Her clear vocals are the perfect match for the intricate afro beat, horns and heavy percussion.  Like the different sides to a woman, Alison’s vocals are tender in the verse, excitable in the bridge, and explosive and demanding of our attention in the chorus as we are asked to have faith and complete her.  The contributions by April Hill and Maya Azucena equal the standards set by the other guest vocalists.  April Hill’s “A Rather Uncomfor table Combination” is a funky yet lyrically powerful track, packed with imagery and irony in fast sung stanzas. I found myself re-reading the lyrics for this and Rolfe’s track, amazed at the depth they could produce.  Maya Azucena’s drama packed “Rising Bible” closes the album, filled with spiritual wisdom and the charge to “go with the rising bible”.

This album is truly a musical experience, and I feel I have done an injustice to the band by focusing on the vocalists.  Every track on this album is a successful marriage between the vocalist and the music; however we are not bystanders.  We too are involved in the celebration.  Every time I listen to the album something excites me.  It can be the complexity of Antonio’s bass rhythm, the urgency of Adriano’s horn arrangement, the licks from Salvo’s guitar, the jazzy accompaniment of Pino’s keyboards, the passion of Fabrizio’s percussion or Mirco’s unwavering drums.  Whilst I couldn’t be a fly on the wall during the recording process, I intend to be a fully paid participant in the enjoyment and celebration of this project.  Highly recommended. 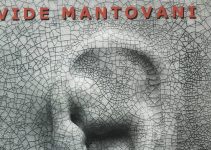 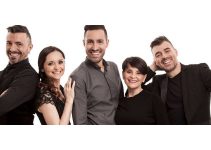 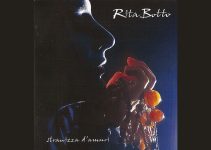